Android 13 is shaping up to have dueling identities

Google’s next big Android update may simultaneously (a) not look like much for most of us and (b) be one of the most pivotal, platform-shifting releases to date.

Kind of a crazy juxtaposition, isn’t it?! But it’s true:

The Pixel Watch saga is taking a new twist

Following some outrage-inducing reports about Google’s upcoming Pixel Watch relying on a four-year-old processor, a new series of leaks suggests there’s more to the story than it initially seemed.

Lots of people assumed the Pixel Watch would be a letdown based on that initial processor surprise. But, well:

Google’s getting into shopping

Google’s increasing its efforts to take on Amazon and get you in the habit of buying stuff directly from its services — including both Search and Assistant.

This is an area I’ve been watching closely for years now, and it seems like Google might finally be getting serious:

Give yourself an Android notification upgrade

For all the time we spend interacting with Android’s notifications, it’s almost shocking how little energy we devote to optimizing that area of our smartphone experience and setting it up to work for us.

My fellow Docs devotees, get ready for a lovely little improvement to your word processing environment.

Three months after initially announcing the option, Google is finally in the midst of rolling out the ability to switch Docs over to a fully pageless (and optionally pantsless) interface. That means any document you’re working on will appear as one long, smooth, full-width surface (a description that applies disturbingly well to both the pageless and pantsless sides of this) instead of having firm breaks and actual physical-paper-like structures.

Considering how infrequently most of us actually print the stuff we’re writing these days, it’s a far more sensible setup and a surprisingly refreshing change from the former status quo.

To try it out for yourself, on the Docs desktop site:

In the Docs Android app, the effect of the change is less pronounced — but it’s still present:

So there’s the pageless part of the process for ya. If you opt to go pantsless, too, hey — that part’s on you.

Check out a whole new approach to online meetings

Let me warn you: Once you try out this new service, you’ll never look at your Zoom or Meet meetings the same way again.

The service is called Switchboard, and it transforms your online video calls from a face-centric affair into an actual collaborative workspace.

The Android tablet of the future is starting to shape up

Google’s gearin’ up for a huge new push to make Android tablets interesting — and little by little, we’re starting to see how that plan could play out.

We’re still connecting dots and relying on some semi-obscure clues with this, but things sure seem to be coming together.

Google’s potentially pivotal Pixel Tablet curveball:  Explores why this move could be such a pivotal moment both for us and for Google as it seeks to bounce back into a category it once championed but then abandoned.

The Pixel Watch may be packing a prickly surprise

A new report says Google’s upcoming Pixel Watch will use a Samsung-made processor from 2018 instead of the more current model. Hmmm…

This may seem troubling on the surface, but it’s really too soon to say what it could mean in practical terms.

Source: Google Pixel Watch runs on the same chip as 2018 Galaxy Watch: You can find all there is to know about the Pixel Watch hardware in this report.

A shiny new study says despite all the hype around ’em, U.S. carriers are seeing surprisingly low demand for foldable phones — with most Americans veering toward big honkin’ flagships instead.

The smartphone industry desperately wants to make foldables take off, and it’s easy to understand why.

Americans Want Big Phones—Not Folding Phones: Overview of the foldable phone demand data — and for some deeper thinking on the (d)evolution of smartphone hardware.

When you think of Google Assistant, that soggy ol’ brain of yours probably doesn’t immediately think of the web.

More often than not, we access Assistant either through an Android or Chrome OS device or via an internet-connected specialty screen or speaker. But Google actually has a hidden way to interact with Assistant and adjust its approach right from the web, in any ol’ browser on any phone or computer you’re using.

Just hang on to this rarely promoted link. It’ll take you to a page that looks an awful lot like the the Assistant settings you’ll find within the Google app on your phone: 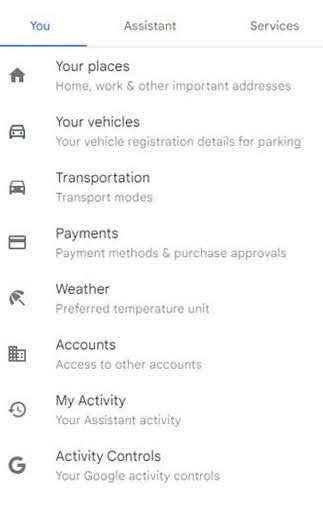 You’ll be able to adjust all sorts of Assistant options and even access Assistant-associated lists and notes right then and there — even on a device where Assistant isn’t technically present.

Hey Google: Why didn’t you tell us this was possible?!

Remind yourself to use the Assistant Reminders web interface

Speaking of speaking to Assistant, one of Assistant’s most useful functions is its simple system for setting reminders.

You know the drill, right? You just say, “Hey Google, remind me to eat copious quantities of Froot Loops at 9 p.m.” (or whatever it is you remind yourself to do), and your friendly neighborhood phone or Assistant-connected gizmo will set the reminder and then dutifully prod you about it when the right time or location arises.

But here’s a twist not many Android-adoring animals are aware of: You can also access and interact with all of your Assistant-set reminders on any device you’re using.

Just remember the address reminders.google.com (or set yourself a reminder about it, if you really want to get meta). Pull that up in any browser anywhere, and you’ll see a list of all your current and completed Assistant reminders.

You can read ’em, mark ’em as finished, or just do what I do and continue to ignore ’em whilst pretending to get stuff done.

Talk to Assistant simply by staring

Rounding out our trio of Assistant-themed tips, our final Thing to Try of the week is a brand spankin’ new feature foisted upon us during last week’s I/O jamboree. But while we heard about it several days ago, you can actually try it for yourself today.

The feature in question is Google’s fancy new Look and Talk function. With the Nest Hub Max Smart Display, you can now issue any command to Assistant without having to bark the standard “Hey Google” launch phrase. Instead, you teach the device to recognize your face and start listening whenever you make eye contact (with or without a seductive eyebrow raise — completely optional but strongly recommended).

Once you’ve got a Nest Hub Max in front of ye, all you’ve gotta do is take a minute to set the system up once. It’s easy:

All that’s left is to stare deep into your Hub’s metaphorical eyes and tell it your deepest, darkest secrets — or, y’know, ask it what the weather will be this weekend. Totally your call.

Think you saw all the goodies Google gave us as part of its I/O announcement extravaganza last week? Think again.

Amidst all the high-profile Android and Assistant chatter, a tiny team within Google showed off a new A.I.-driven app that can turn your voice — or practically any other sound — into a new and original musical creation.

Just head over to to the Google Research Tone Transfer website and hit the Let’s Play button. Next, hit “Add your own” followed by “Record” — then talk, sing, or scat away for anywhere from a few to 15 seconds.

Click “Done” when you’re finished, then click “Transform.” Once the site finishes creating your masterpiece, look for the “Transformation” options. That’s where the real fun begins.

The world of music may never be the same.

The Pixel 6a is even more significant than we thought

One of this week’s biggest surprises was the reveal of Google’s new Pixel 6a midrange phone — which has the same $449 price as last year’s Pixel 5a model but comes with the same top-of-the-line Google-made processor as its higher-priced Pixel 6 sibling.

Make no mistake about it: This is a really big deal.

You can find all there is to know the Pixel 6a in this official announcement.

In addition to the Pixel 6a (and the also-announced Pixel Watch, which’ll launch later this fall), Google gave us a sneak peek at a new Pixel-branded tablet practically no one was expecting.

Lots of folks have knocked the tablet for its thick and mundane-looking appearance, but there may be more to the story than what we see on the surface.

Google’s Pixel team is making an Android tablet: This article has a nice breakdown of the thinking around the Pixel Tablet.

As part of a hilarious revival of the old Google Wallet brand, Google introduced a new virtual credit card feature that should go a long way in keeping your payment info protected.

If you buy stuff on your phone as often as I do, this is gonna add a massive advantage to the Android environment.

Check out this official announcement for the ins and outs of how the system will work (and yes, it’s U.S. only for now; sorry, international pals) — and for deeper perspective, head over to this interview-driven overview of what’s on the way.

Put faces in your phone’s notifications

Here’s a neat little touch lots of us Android-adorin’ animals are woefully unaware of: With a couple o’ quick adjustments, you can turn any of your contacts’ faces into a custom notification icon that’ll show up at the top of your phone whenever that person messages you.

And all you need is Google’s Messages app and 2020’s Android 11 operating system or higher to make it happen. 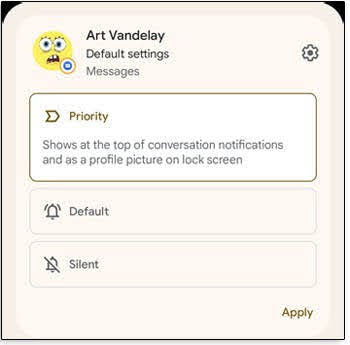 And that’s it: The next time that person messages you, you’ll see their profile picture in your status bar, and the notification will show up in a special section above any others.

Speaking of neat Android messaging features, Google’s Messages app has a handy way to interact with your calendar while you’re in the midst of messaging with someone. And all you’ve gotta do is remember to use it.

Anytime someone sends you a message that includes a specific date and time, the Messages app will underline that text — like this:

That’ll fire up a new calendar event for you on the spot, with the day and time already filled in.

Over on the desktop front, the Google Docs website is in the midst of gaining some helpful new organization-related features this week.

One is the ability to insert interactive dropdown menus directly into any document you’re working on. See? 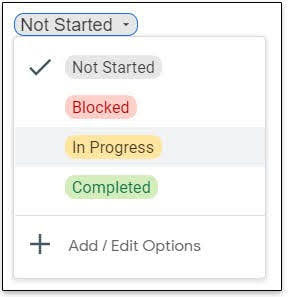 ➜ Just type @ followed by dropdown within any document on the Docs website to pull up those options.

And check out this rundown of other clever new Docs additions to see how you can connect Docs to Google Calendar for intelligent meeting organization and connect Docs to Gmail for collaborative email editing.

Google I/O gives us plenty to talk about — no question there — but there’s one fun little ditty that didn’t come up in the keynote and is available right now for your playing pleasure.

I kid you not:

Just pull up this site in any browser, on any device, and get ready for some retro arcade action with a lovely Google twist.