Adam’s Venture: Origins will come with a digital edition to Nintendo SwitchTM on May 29, 2020.

505 Games and ECC Games S.A. confirm that DRIFT21 will launch on the Steam Early Access program on May 7th 2020.

Megapop Games have announced the beta phase for Haxity on Steam Early Access on May 26 priced at $12.99.

Dungeon Defenders: Awakened leaves Steam Early Access for Windows PC with a host of new content on May 28. The Nintendo Switch version joins the battle in Q3 2020 followed by PlayStation 4 and Xbox One in Q4 2020.

Dive into the Pacific Ocean with Giant Manta Rays in Mexico in 3D 360° VR experience, created by BBC Earth

The Dark Eye: Book of Heroes by Random Potion and Wild River Games will be released on Tuesday, June 9, 2020 for PC at a price of 29.99 EUR on Steam.

Raiser Games and Protocol Games are excited to reveal that the final episode in the Song of Horror story will launch on Steam for PC on Thursday 28th May, 2020.

Cardaclysm: Shards of the Four will hit Steam’s Early Access program this summer.

Team17 has announced that Moving Out, has launched on Nintendo SwitchTM, PlayStation 4, Xbox One, and PC.

Indivisible is out now on Nintendo Switch.

Following an unexpected turn of events, Indivisible has made a surprise leap to Nintendo Switch today in North America and Europe.

We apologize for the lack of warning and hope you enjoy Indivisible on Switch sooner than expected!

DeNA Co., Ltd., in partnership with The Pokémon Company, has announced that Pokémon Masters players now have the ability to obtain Eggs that hatch into one of the three partner Pokémon from the Kanto region: Bulbasaur, Charmander, or Squirtle.

Collegiate StarLeague (CSL), announced a partnership with TikTok to create a brand new esports event, the TikTok Cup which award $60K in prize money to support education expenses, split amongst the winners.

360° Cinemagraphs: Temple Sunset Skies | Ulan-Ude, Russia. A 360° GoPro VR Cinemagraph of the Siberian skies above valley below the Rinpoche Bagsha Datsan in Ulan-Ude, the city at the heart of Buryatia, Russia – the beautiful cultural capital of Buryat Siberia! 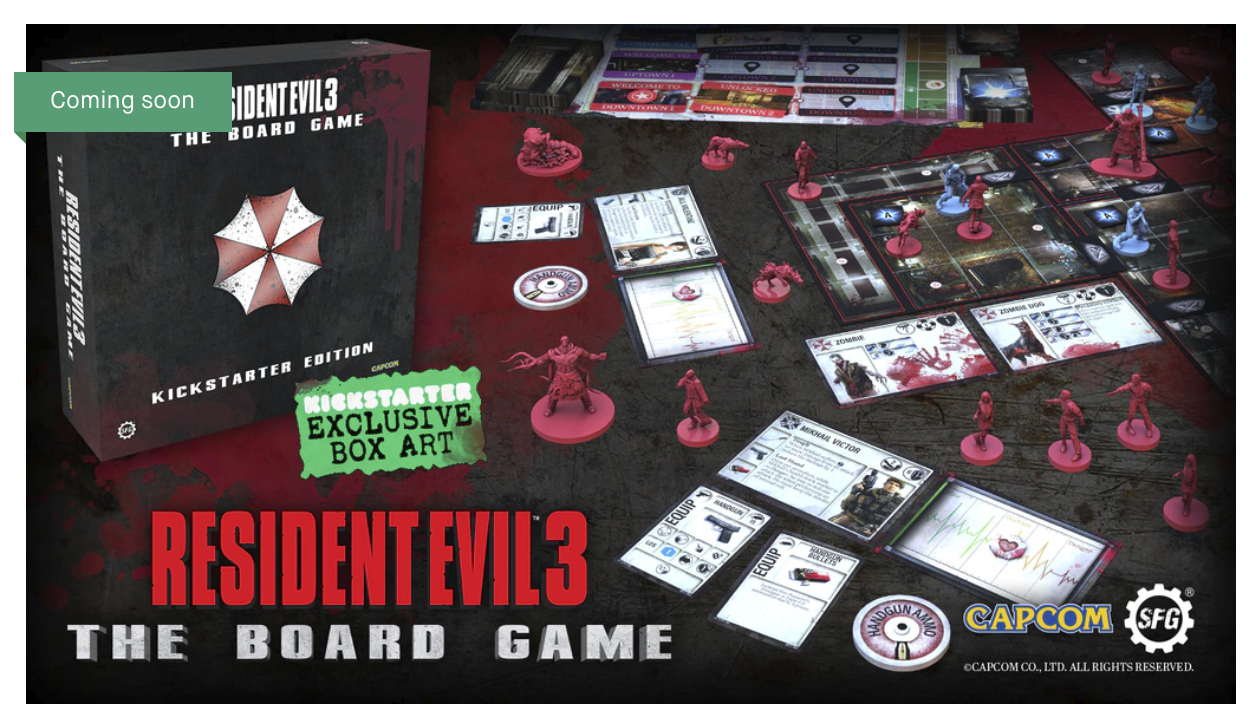 Kickstarter for Resident Evil 3: The Board Game

360 Dark Side Parody – Alan Walker in Virtual Reality. Dark side parody in virtual reality by Alan Walker on The1 VR!

Coronavirus Lockdown In Paris | La Tour Eiffel[360 VR Vignette 10]. Vignette 10 of a 360 VR video glimpse of life under lockdown in a deserted and empty Paris, France, looking onto the Eiffel Tower from a well-to-do neighborhood in the 15 arrondissements.

The 7.1 update for PUBG with revamped Vikendi & development updates, apply on live servers next week on 28th April.

Monstrum is coming digitally to PS4TM, Xbox One, and Nintendo Switch (Europe Store | America Store) on May 22.

Rogue Snail and Akupara Games officially announce that Relic Hunters Zero: Remix will launch on May 7, 2020 for the Nintendo Switch at Nintendo eShop for $12.99 in NA territories and € 11.99 in EU territories.

First Class Trouble is having an Alpha on PC on May 10, coming to Steam, Nintendo Switch, PlayStation 4 and Xbox One in 2020. First Class Trouble will be available Early Access on PC in Q4 2020. Join Discord server for a free alpha key.