Happinet, is proud to announce that Brigandine: The Legend of Runersia will launch exclusively for the Nintendo Switch™ system on June 25 worldwide.

Raiser Games and Protocol Games announce the final chapter in the Song of Horror story will launch on Steam for PC on Thursday 14th May, 2020.

Rising Star Games has teamed up with QUTE to release two of its highly entertaining shoot ‘em up titles, Ginga Force and Natsuki Chronicles, coming to Steam and PlayStation 4 later this year.

Modus Games collaborates with Google to release Lost Words: Beyond the Page launches on March 27 as Stadia one-year exclusive

SQUARE ENIX® released the first episode of ‘The Creation of FINAL FANTASY® XIV: Shadowbringers’, a new developer diary series that takes viewers behind the scenes of the critically-acclaimed MMO’s latest expansion.

Trailer for the new mythical pokemon. The Pokémon Company International and Nintendo announced that a new Mythical Pokémon has been discovered in the world of the Pokémon Sword and Pokémon Shield games—Zarude, the Rogue Monkey Pokémon.

Rogue Games, Inc announced the worldwide launch of Knockdown Heroes, available now as a free download on the App Store and Google Play.

Modus Games and eXiin announced Ary and the Secret of Seasons will release this summer on PlayStation 4, Nintendo Switch, Xbox One, and Steam.

Brain Seal Ltd is proud to announce that Story of a Gladiator is now available for iOS and Android.

Jagex has announced that Archaeology, a new skill for RuneScape will arrive in-game on March 30th.

Headup announced a summer 2020 release for Rigid Force Redux on Nintendo Switch and Xbox One in Q2 2020.

Team17 announce a new partnership with One More Dream Studios with Ageless, currently in production for both PC (Steam) and Nintendo SwitchTM.

Breeder Homegrown: Director’s Cut will be released on Nintendo Switch™, PlayStation®4 and PlayStation®Vita on March 6’th!

PQube and Namaapa are excited to announce that Ciel Fledge – A Daughter Raising Simulator is out now for Nintendo Switch and PC on Steam.

Draugen coming 21 February to PlayStation 4 and Xbox One. Available now on PC.

Pokémon Trading Card Game introduces more Galarian Pokémon in next expansion, Sword & Shield—Rebel Clash, releasing around the world on May 1 from The Pokémon Company International.

505 Games and Keen Games have debuted the ‘Druids, Furfolk and Relic Defense’ Expansion Pack, now available for PlayStation 4, Xbox One and Steam for £7.99.

tinyBuild and Cradle Games have released Hellpoint: The Thespian Feast as a free download on Steam, set for April 16 release on PC (Win, Linux, Mac), PS4, Xbox One, and Nintendo Switch.

Deep Silver and Nine Dots Studio announce the first DLC pack, The Soroboreans is due for Spring 2020.

King Lucas will release on Nintendo Switch (US & Europe) on February 21st.

Super Rare Games have announced partnership with Tomorrow Corporation to release World of Goo for the Nintendo Switch™. Pre-orders for the game open on February the 20th, exclusively at Super Rare Games for £29.99. Or get the Steelbook version for £47.99.

Everbyte has released the 3rd episode major content update for Duskwood, available for free and can be played in English, German, Portuguese or Russian. 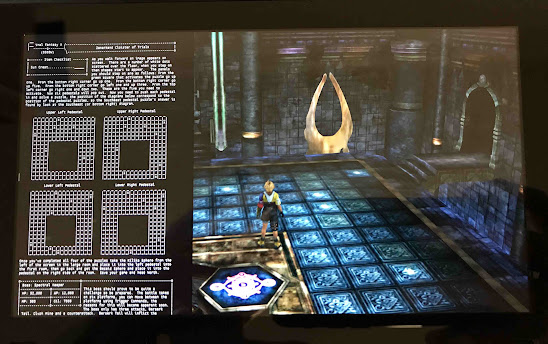 KOEI TECMO America and Omega Force released WARRIORS OROCHI 4 Ultimate on the PlayStation®4 Computer Entertainment System, the Nintendo Switch™, the Xbox One family of devices including the Xbox One X, and digitally on Windows PC via Steam®.

PQube and Fiction Factory Games announce the console release date for Arcade Spirits will be available for Nintendo Switch, PlayStation 4 and Xbox One digitally on May 1st, 2020.

The National Videogame Museum (NVM) in Sheffield is proud to announce that they will be holding a very exclusive event that sees the eminent Nintendo engineer, Masayuki Uemura, to Sheffield, discussing his legendary 32-year career as Nintendo’s hardware designer, where he spearheaded the creation of the NES and the SNES. Tickets for the event with Masaykui Uemura here.

Super.com, in cooperation with Navel to confirm that Tilt Pack is out today exclusively for the Nintendo Switch™ platform.

Save on critically acclaimed #NintendoSwitch games when our Blockbuster Sale starts 13/02 at 15:00 CET! pic.twitter.com/2wmuXtYYrJ

For all three platforms only x86 and x86_64 (amd64) architectures supported. Download NS-USBloader

Project Starship will be available digitally this week for Nintendo Switch, Xbox One & PS4, worldwide for just US$4.99/€4.99.

Veteran ex-Sony and Lionhead developer Robert Tatnell goes solo with the first project: Hokko Life, a creativity-filled community sim game that invites players to escape the hustle-bustle and relax in their new home of Hokko, coming soon to Steam!

Qube and CooCooSqueaky announced to release Tears of Avia for PC on Steam and Xbox One.

Games Revolted announced that Phageborn launches on Steam Early Access. Featuring unique features specifically created for online card game fanatics, such as a dual resource system, a twin lane battleground and a 2v2 multiplayer mode, Phageborn challenges players to create high-level strategies to reign supreme. Start playing Phageborn today in Early Access for 10% off of the standard price of $14.99, €12.49, £11.39. Additionally, join the Issilith battlefield today for the chance to win €10,000 in the Phageborn Early Access tournament.

Square Enix Collective announces that The Turing Test™ has now launched for Nintendo Switch™, players can now experience this challenging puzzler game at home or on-the-go. The Turing Test is available on：

The Outer Worlds on Nintendo Switch will be delayed due to the coronavirus.

We’re delaying @OuterWorlds on Nintendo Switch due to the coronavirus impacting the Virtuos team working on the port, to provide them enough time to finish development. We’ll now be releasing the physical version on cartridge. Once we have a new launch date, we’ll let you know!

New 1.3 patch which will update the whole game, improving several aspects in order to grant the best game experience to all Assetto Corsa Competizione users.

SQUARE ENIX® announced that Life is Strange™ 2 is now available at retailers in the Americas. Players can pick up the Standard or Collector’s Edition, both of which will include the complete season of Life is Strange 2.

Blackened artpunk RPG MÖRK BORG gets its worldwide release on February 25 by Free League Publishing. MÖRK BORG is already available to pre-order in the Free League webshop, and will be available in select retail stores from February 25.