Regions of Ruin by Vox-Games/Poysky Production and JanduSoft S.L. is available now on PS4. Nintendo Switch will be available on December 23th and XBOX on December 25th!

StarGem Inc. and Gaijin Entertainment announce the release of a Major Content Update, ‘A New Threat’, for Star Conflict.

Wreak Havoc and Help Evil Triumph Over Good — Headup announces Pumpkin Jack for PC, Nintendo Switch, PlayStation®4 and Xbox One will be available in Q4 2020! Pumpkin Jack on Steam.

Production Exabilities and UNTIES (Sony Music Entertainment Japan) announce the opening of the Steam page for Wing of Darkness, slotted for a Q1 2020 release and is now available for wish listing.

Modus Games and Stormind Games shared a new look at the Ashmann Inn, the ominous home away from home guests will settle into when Remothered: Broken Porcelain releases on PlayStation 4, Nintendo Switch, PC and Xbox One in 2020.

Metro VR Studios (MVRS) announces it’s ready to deliver Orion13, scheduled for release in Feb. 2020 and will be available for the HTC and Oculus headsets.

Denali Publishing announced that Spies in Disguise: Agents on the Run will launch alongside the film on December 25, available as a free download on the Apple App Store and Google Play.

Mighty Kingdom and Funcom announce February 25th, 2020 as the release date of Conan Chop Chop on PC, Nintendo Switch, Xbox One and PlayStation 4.

Team17 has announced a new partnership with Bad Yolk Games to support the development of Main Assembly.

Dispatch Games announced that Japanese Rail Sim: Journey to Kyoto is scheduled to release in spring of 2020 on Nintendo SwitchTM- It will be available in both digital and packaged form for the North American market. 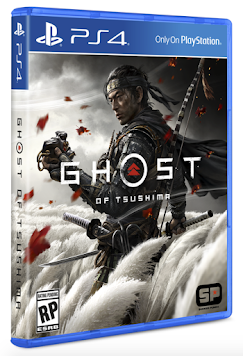 Team17, SMG Studio, and DevM Games have announced that the Moving Out will launch in Q2 2020 on Nintendo Switch, PC (Steam), PlayStation 4 and Xbox One. A demo of Moving Out will be available on Steam for a limited 48 hour to play from 6 pm GMT today until 6 pm GMT Saturday 14th December, features four levels of 1-4 player, couch-co-op, madcap mayhem that gives players the chance to experience some of what the full game has in store next year.

Keybol Games and Drix Studios announce the release of Grand Guilds for Nintendo Switch and Steam in Q1 2020.

Vertex Pop announced that Super Crush KO is coming to the eShop for Nintendo Switch and Steam on January 16th, 2020.

Gameforge introduces Act 7: The Orcs and the Celestial Spire, the biggest update for NosTale with new maps, monsters, and quests, as well as an enhanced game experience in the fantastic world, enriched with extensive features.

Gunlord X from developer NGDEV will be available digitally for PS4 on December 10th in North America and December 11th in Europe for US$9.99 and €9.99.

Bounty Rune Update which locked to 5-minute intervals in terms of their gold values (so getting a 6-minute bounty isn’t higher than a 5 minute one). Source: Steam > DOTA 2 UPDATE – DECEMBER 9TH 2019 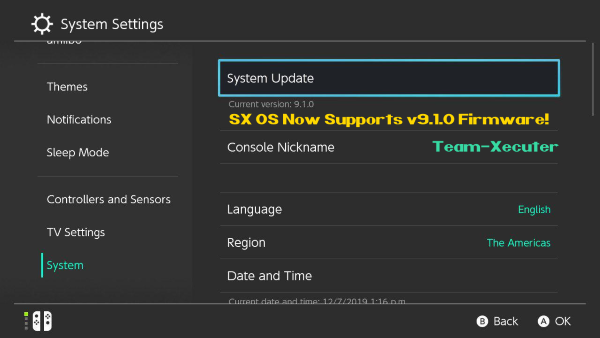 Skybound Games and Sheffield announced that Gang Beasts is now available in PlayStation4 and Xbox One at retail locations across North America on the 3rd December and all other territories on the 6th December for $29.99 / €24.99/ £19.99.

Private Division and Panache Digital Games launched Ancestors: The Humankind Odyssey for PlayStation4 and Xbox One.

Goat of Duty is going free on Steam for one weekend only starts from today 6 pm GMT/7 pm CET/1 pm ET/10 am PT until the end of Sunday 8th.

Private Division and Squad announced that Kerbal Space Program Enhanced Edition: Breaking Ground Expansion is now available for PlayStation 4 and Xbox One, focused on increasing the objective possibilities once celestial bodies have been reached by adding more interesting scientific endeavors and expanding the toolset.

Raiser Games and Protocol Games reveal that Song of Horror will launch on PlayStation 4 and Xbox One in Q2 2020.

System Update version 9.1.0 for Switch released on December 4, 2019. General system stability improvements to enhance the user’s experience, including a solution for the following:

Rebellion has brought three classic titles to Steam for the first time. The trio of golden oldies are Free Running, World War Zero, Gunlok, and all three games are available at a special 15% launch week discount.

SOEDESCO and Rain Games celebrate the release of the 2D puzzle platformer Teslagrad 5 years ago.

Skybound Games and Beamdog announced that the physical and digital enhanced edition of Neverwinter Nights can be purchased at major retailers globally for £39.00/€49.99/$49.99 on the PlayStation4, Xbox One, and Nintendo Switch.

Farming Simulator 20 released on Nintendo Switch and for Android and iOS devices, features over 100 faithfully reproduced farming vehicles and tools from a wide range of industry-leading manufacturers.

Weakless is coming to Xbox One on December 13th. Weakless PC release is coming in the first quarter of 2020.

LABS Works announced that Castle in the Darkness 2 is now in development, offers a similar brand of high-speed, action-RPG exploration to the first game.

Good Luck 3, Inc. initiated a Crowdfunding campaign through “FUNDINNO” on November 27, 2019, the project received 10,000,000 JPY (USD 100,000) within 3 minutes after going live. The fund will be used towards further growth of existing projects, including Japan’s first blockchain game, Crypt-Oink, and blockchain content platform RAKUN.

Slitherine LTD in collaboration with Sony Pictures Consumer Products announced “Starship Troopers – Terran Command,” a real-time strategy game based on TriStar Pictures’ iconic 1997 movie to be released for PC in 2020.