Sony revealed more details about PlayStation 5 (PS5) and confirmed schedule to release in 2020 year-end sales season, key info as below: 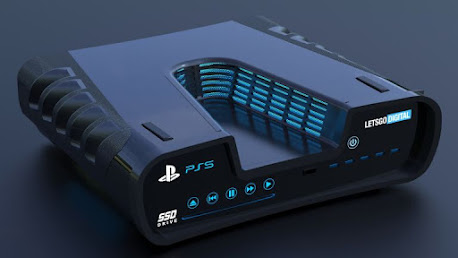 Modus Games and Frozenbyte released a launch trailer to celebrate the arrival of Trine 4: The Nightmare Prince, now available on Nintendo Switch, PlayStation 4, Xbox One, and Steam, with both on its own and within the series-spanning Trine: Ultimate Collection, which also includes Trine Enhanced Edition, Trine 2: Complete Story, and Trine 3: The Artifacts of Power.

New metroidvania 2019 Outbuddies for PC via Steam planned release on 15th October 2019, available on PlayStation 4, Xbox One and Nintendo Switch in 2020.

Rockstar’s Red Dead Redemption 2 releasing to PC on November 5, with its graphical enhancements and extra content. Exclusive bonuses include Outlaw Survival Kit, War Horse, treasure map, and 50 gold bars cash bonus for Story Mode for those willing to pre-order it through Rockstar’s game launcher start at 11am ET on October 9.

Calex Légal filed class-action lawsuit against Epic Games on behalf of the parents of two children, claims that playing Fortnite causes the brain to release dopamine in the same way as taking drugs and Epic Games knew Fortnite was dangerously addictive but failed to warn players of the risks.

SOEDESCO announced collaborate with Kokku to continue update on Truck Driver before released on PlayStation4 and Xbox One. Main focus of SOEDESCO and Kokku is fixing the remaining issues, after which they will work on much requested feedback collected from Truck Driver community such as map expansion, traffic, more trucks, better AI and more.

Daedalic Entertainment announced that the new team RTS A Year Of Rain will launch into Steam Early Access on Wednesday, November 6, 2019, worldwide. The team RTS A Year Of Rain combines classic real-time strategy elements with a strong focus on hero units. Both the co-op campaigns and online and offline modes are being designed with a team of two in mind. The classic 2v2 skirmish mode is being developed for competitive matches from the very start. Meanwhile, “Against all Odds“ is an innovation in the genre where two lone heroes face two entire armies, who have full command over units and structures.

Shiro Games released Northgard on PlayStation 4 and Xbox One, one week after the successful launch on Nintendo Switch. Northgard on console features all the content found in the Steam base version including the major Ragnarok and Relics updates.

Eastasiasoft announced that Family Tree will be released on 10th October 2019 exclusively for the Nintendo Switch priced at US$7.99 / EUR7.99 / £6.99 / 800 JPY. Pre-orders will open on October 3rd with a 20% launch discount available through to October 23rd.

TokoToko combines the power of AR and imagination, with players drawing items in the real world on paper then seeing them spring to life on screen. Transporting players to an island, they must solve puzzles using their drawings to help the heartwarming TokoToko creatures on their journey.

Free Super Mario Maker 2 Update version 1.1.0 adds the ability to play directly (co-op and versus) with friends in online multiplayer modes on Nintendo Switch, you will be able to select the difficulty in Course World and choose which courses to play from your list of locally saved courses in Coursebot. Free software update also adds a list of Official Makers in the Leaderboards section.

Toplitz Productions announced a planned November 21, 2019 Steam Early Access launch date for Lumberjack’s Dynasty, give players unique and challenging story quests to complete as they restore their inherited family farmhouse to its former glory, and build a timber empire their in-game family will be proud to carry on with.

4game platform has announced the start of a new version of free MMORPG Lineage 2 Essence from NCSoft.

Star Vault’s MMORPG Mortal Online gets Developer Update – Haven Release Patch 1.88.00.00 with completely revamped starting experience on October 7th. Haven is a large island with several different biomes that is completely separate from Myrland and Sarducca. Players that create their first character are forced to go through Haven before they can enter Myrland.

Bad North: Jotunn Edition is landing on Mobile on the 15th of October. Pre-order / pre-register now:

Team17 has confirmed partnership with Aggro Crab Games, which will see the studio’s upcoming title, Going Under, released under Team17’s award-winning games label, scheduled for a 2020 release on PC and console platforms.

Going Under is a fast-paced, satirical, dungeon crawler set among the ruins of failed and poorly conceived tech startups. Following the adventures of Jackie, an intern at carbonated drinks startup Fizzle, players will venture into the dystopian and chaotic depths of the dungeons below the bright and bubbly campus building, utilising the junk found from fallen companies to battle a variety of monsters and epic bosses.

Daedalic Entertainment and Unfrozen are releasing the first major content update to support Iratus: Lord of the Dead. The dark fantasy roguelike RPG remained a top seller on Steam for days after its early access launch, shattering Daedalic’s own records, and will be discounted by 25% on Steam for 48 hours to celebrate the update. Iratus: Lord of the Dead will be continuously updated and expanded throughout early access with new content, mode minions, enemies, artifacts, features and improvements.

PhasePixel Releases Twin Stick Shooter Called “Resistance is Fruitile” on Steam and Itchio. As a wedding ceremony inside of an ancient castle comes to a close, a legion of fruit monsters materializes and steals the pure, delicious chocolate wedding cake! Resistance is Fruitile is a challenging twin stick shooter jam-packed with sinister fruit monsters and plenty of firepower to take them on!

Neowiz Games anime series ‘That Time I Got Reincarnated As A Slime’ collaborate with Brown Dust, introduces five new Mercenaries and their Companions to the game, all featuring the likenesses of some of the anime’s most popular characters! What’s more, a special in-game event, happening Oct. 2nd through Oct. 16th, will grant players additional login rewards, and a That Time I Got Reincarnated As A Slime-themed dungeon will be available.

Klappanome’s Sunset Road is now available in 8 languages: English, Japanese, Korean, Simplified Chinese, Traditional Chinese, German, Brazilian Portuguese and Turkish, and you can get a new car by downloading the other game on iPhone / iPad.

Focus in Everspace 2 will be on open-world gameplay combined with classic RPG elements and extended storytelling. The title is currently in the prototype stage and a playable demo version has already been presented at gamescom 2019, PAX West, Tokyo Game Show, and TwitchCon. Kickstarter backers will get access to the demo on Steam this year after a successful campaign.