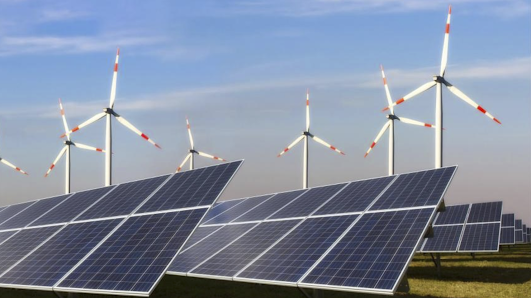 The technology should optimize the performance of Engie’s wind, solar and hybrid (wind plus solar) renewable assets worldwide.

Engie and Microsoft aim to advance the digital transformation of the renewable energy sector. The Darwin software, deployed on more than 15,000MW of assets globally, enables predictive maintenance, real-time meteorological data analysis and real-time monitoring of the output of the assets, among other benefits, using intelligent cloud technologies.

The renewable deal will see Microsoft purchase a total of 230MW from two Engie projects in Texas, bringing Microsoft’s renewable energy portfolio to more than 1900MW. Microsoft will purchase most of the output from the new Las Lomas wind farm, to be located in Starr and Zapata counties in south Texas and from the Anson Solar Center park, which will be built in Jones County, central Texas. Both projects will be operated by Engie and are expected to come on-line in January 2021.

“Engie’s ambition is to help companies and local governments reach carbon neutrality,” said Isabelle Kocher, CEO of Engie. “We are delighted to establish a long-term partnership with a world renowned company like Microsoft. Engie will provide electricity produced from renewables and implement Darwin, our pioneering software. Our integrated approach to energy uses is commended by such an important partnership.”

The relationship between Engie and Microsoft will not only add more clean energy to the grid in the USA, but also creates an example for how customers can procure it. The PPA includes a volume firming agreement that will convert the intermittent renewable energy supply into a fixed round-the-clock power system aligned with Microsoft’s energy needs.

“Procuring more renewable energy helps to transform our operations, but when we pair that with Microsoft’s leading cloud and AI tools, we can transform the world,” said Carlo Purassanta, Microsoft president in France. “This agreement with Engie is an exciting step towards a low-carbon future, driven by capital investments and enabled by data.”