The fifth generation (5G) of what used to be called cellular radio is like none before it. It encompasses not just smartphones and tablets but almost everything that can benefit from being connected to other things and the Internet. For the first time, connecting businesses is as important as connecting consumers, and while mobility remains the core focus of the 5G operating environment, 5G will also serve many fixed applications. Whether catering to mobile or fixed applications, the 5G infrastructure will still need base stations—orders of magnitude more of them, in fact, than currently exist—but deploying these base stations may be the most challenging task in developing a complete 5G ecosystem. 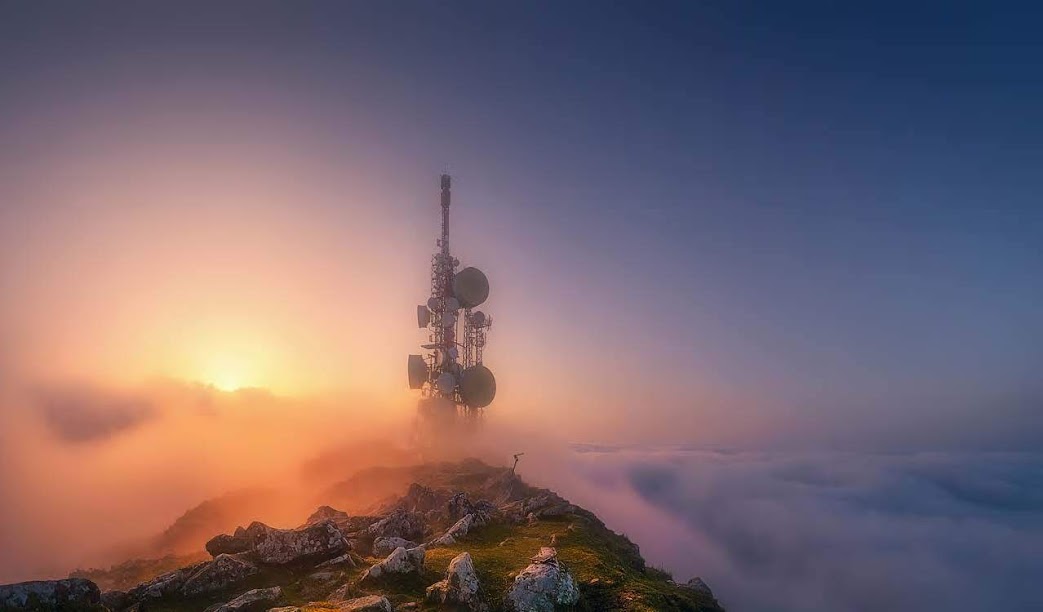 The impact of 5G on the current wireless infrastructure affects all three major use cases: Traditional mobile, called enhanced mobile broadband (eMBB); massive machine-type communications (mMTC) Internet of Things (IoT) environments; and the newest and most demanding use case, ultra-reliable low-latency communications (URLLC). Serving all three of these use cases requires a change from a hardware-based network architecture to one that’s virtual and based on network function virtualization (NFV), software-defined networking (SDN), processing and analytics at the network’s edge, network slicing, and other technologies new to the wireless infrastructure.

The transition from hardware- to software-based (i.e., virtual) networks affects base stations of all sizes. The two “virtualizers” of this new paradigm—NFV and SDN—perform similar functions because they provide far greater network control using less hardware, thus reducing or eliminating changes to hardware as the network evolves. The capacity of these virtualizers also means less hardware may be necessary.

The benefits of network virtualization are now being realized as virtualization empowers software to perform functions in the digital domain rather than through analog and digital hardware, as has been the case before. Still, this shift to virtualization will quite obviously require substantial computational resources, a point that has not been overlooked by Arm Limited (Arm®), an organization best known for its architectural designs for smartphones, network processors, and embedded processors.

Arm’s first computing ecosystems tailored exclusively for servers and infrastructure design are the Neoverse™ series of processors. Each processor in the series includes not just a central processing unit (CPU) core but an interconnected scheme, making it possible to scale up to many cores. Neoverse processors will likely find a home at the network’s edge, where high-performance computing is increasingly becoming necessary. These processors are also well suited for 5G base stations, which will ultimately handle much more data than 4G Long-Term Evolution (LTE) networks but with greater DC power constraints.

An entirely different approach will be required for the technology dedicated to generating and receiving signals over the air. For example, techniques such as massive multiple-input, multiple-output (MIMO) that rely on digital signal processing (DSP) still need to convert the analog signal to a digital form. Fortunately, major advances are being made to address this need from lower frequencies to the microwave, and millimeter-wave regions, with semiconductors that generate and receive RF signals to and from the antennas.

For the past two decades, base station RF power amplifiers (PAs) have used lateral double-diffused metal-oxide semiconductor (LDMOS) field-effect transistors to generate RF power in macro-base stations. This technology has advanced dramatically over the years with respect to the amount of power a single device can generate (currently, about 2 kilowatts [kW]) and use efficiently, beating every other potential competitor. But, LDMOS has a maximum useful operating frequency of about 4 gigahertz (GHz), which eliminates its use at most of the new frequencies proposed for 5G networks. The technology that will take the mantle is gallium nitride (GaN), which, in the less than 15 years it’s been commercially available, has cemented its place as the next big thing in RF power.

For example, a GaN semiconductor die can produce 10 times the RF power output per unit of die than gallium arsenide (GaAs), with higher efficiency, higher-voltage operation, and superior thermal characteristics. GaN on silicon carbide (SiC) substrates offers better performance than GaN on silicon substrates, but it also costs more. This means that the latter will find a home in cost-critical small cells, where it will compete with GaAs, the predominant power semiconductor technology that has been used in smartphones for many years.

At millimeter-wave frequencies, where high RF output is difficult to achieve in a solid-state device, silicon germanium (SiGe), complementary metal-oxide semiconductor (CMOS), and GaAs will be the key technologies. All these technologies, except LDMOS, will also be important for either RF power generation or receiving applications, such as low-noise amplifiers (LNAs).

The 5G infrastructure will require that manufacturers of microwave and millimeter-wave devices increase their functional integration to reduce costs, complexity, and size and meet the needs of small cell base stations (as well as end-user devices). Packaging technology will be an essential ingredient in achieving this goal because although 4G increased the number of bands that a radio must accommodate to about 30, 5G will increase this number to 40 and perhaps more. Accommodating all these bands in a single device is unlikely, especially considering each band has different characteristics and thus requires different technologies. Nonetheless, each band segment, from sub-1GHz to millimeter wavelengths, must be as highly integrated as possible.

To create these highly integrated RF devices, manufacturers of RF front ends (RFFEs) are taking a variety of approaches. Let’s see what approaches Analog Devices, Skyworks Solutions, and Qorvo are taking to fabricate products that accomplish this feat.

Analog Devices is producing transceivers within its RadioVerse™ family (which is dedicated to accommodating all 5G applications from sub-1GHz to 6GHz). The three devices in the family are housed in 10 x 10mm packages and target picocells to distributed antenna systems and IoT gateways. They also operate from 325 megahertz (MHz) to 3.8GHz.

Analog Devices’ AD9361 and AD9363 are highly integrated devices that include dual transceivers with four outputs, fractional N synthesizers, and 12-bit digital-to-analog and analog-to-digital converters (DACs/ADCs). They also have a tunable channel bandwidth up to 20MHz. Six differential inputs or 12 single-ended receive inputs are available along with CMOS and low-voltage differential signaling interfaces. The AD9364 covers 70MHz to 6GHz with a tunable bandwidth from 700 kilohertz (kHz) to 56MHz, and it’s designed for use in base stations from 3G onward as well as in point-to-point microwave links.

Among the other products in Analog Devices’ portfolio is the ADRV9009, an integrated transceiver with dual transmitters and receivers as well as DSP functions. It serves 3G through 5G macrocells (and other applications) and covers 75MHz to 6GHz with a maximum channel bandwidth of 450MHz.

The goal of Skyworks Solutions’ recently announced platform, called Sky5™, is to serve the transmit and receive sections of the low-band, mid-band, high-band, and ultra-high-band frequencies of 5G. Sky5 accomplishes this task by offering antenna management, MIMO, and diversity as well as modules for the Global Positioning System (GPS), Wi-Fi, and Licensed-Assisted Access (LAA) frequencies. Sky5’s product family includes PAs with integrated filters and duplexers as well as switches.

Qorvo introduced the industry’s first 5G integrated RFFE module, called the QM19000, in 2017. The module was fabricated in the company’s GaAs heterojunction bipolar transistor process and integrates a PA, LNA, transmit/ receive switch, and filter into a single module with a 400MHz channel bandwidth between 3.3 and 4.2GHz. The QM19000 supports the two amplifier schemes necessary to serve both 4G LTE and 5G, envelope tracking (ET), and average-power tracking (APT). The QM19000 module can switch between the 4G LTE and 5G technologies using an advanced power management scheme (PMS). Both the ET and APT technologies are required because ET currently supports channel bandwidths of only 60MHz, which is fine for 4G but not for 5G’s more than 100MHz channel bandwidths, which APT can accommodate.

For millimeter-wave operations, Qorvo offers the dualchannel QPF4005, which covers 37 to 40.5GHz and is designed for small cell base stations with phased-array antennas. The QPF4005 is notable for being the first RFFE fabricated in GaN-on-SiC as a monolithic-microwave integrated circuit (IC). It combines an LNA, transmit/ receive switch, and multistate PA in a 4.4 x 6mm package that is configured to accommodate the tight spaces between antenna modules in a phased array.

The good news for manufacturers and carriers is that all the necessary technologies to fully implement the 5G infrastructure won’t be needed all at once, so developments can continue apace as networks are deployed in the number that is essential to blanket coverage areas. Considering this flexibility in the 5G infrastructure, all signs point to 5G rolling out faster than early projections indicated.

Verizon™, AT&T®, and T-Mobile® continue to add more and more cities to the list of where 5G wireless is available, although these additions are more like advanced trials than commercial services because wide-area coverage has not yet been deployed, so the early adopters who take the plunge may be less excited than the 5G hype indicates. After all, these are the early days of 5G networks, so the best is yet to come.

By Barry Manz for Mouser Electronics Barry Manz is president of Manz Communications, Inc., a technical media relations agency he founded in 1987. He has since worked with more than 100 companies in the radio frequency (RF) and microwave, defense, test and measurement, semiconductor, embedded systems, lightwave, and other markets.