Microsoft is no longer developing, they write, “the WMIC tool is deprecated in Windows 10, version 21H1 and the 21H1 General Availability Channel release of Windows Server. This tool is superseded by Windows PowerShell for WMI. Note: This deprecation only applies to the command-line management tool. WMI itself is not affected.”

Siemens has released advisories to address a total of 27 security issued affecting its SIMATIC S7-1200 and S7-1500 PLCs, SIMATIC Drive Controller, ET 200SP Open Controller, S7-1500 Software Controller, SIMATIC S7-PLCSIM Advanced, the TIM 1531 IRC communication module, as well as SIPLUS extreme products. Some of the vulnerabilities could be remotely exploited without authentication to cause denial-of-service conditions.

Researchers at Temple University have been gathering information about ransomware attacks targeting critical infrastructure. The dataset includes records for 1,137 incidents that have been reported between November 2013 and the end of January 2022.

Apple released updates to macOS Monterey, WatchOS, Sarari, iOS and iPadOS to address CVE-2022-22620, a WebKit use after free memory corruption flaw that is being actively exploited. Processing maliciously formatted content can result in remote code execution. The flaw is fixed in macOS 12.2.1, Safari 15.3, Watch OS 8.4.2 and iOS/iPadOS 15.3.1.

The big news this week was the disclosure of a vulnerability in the parcel tracking portal of DPG Group, which may have exposed customer data.

The package tracking provides an API call that accepts a UK postcode together with a parcel tracking code to return a PNG image of the recipient’s address through an OpenStreetMap. The first stage of the exploit was that attackers could post a random parcel code to retrieve an image like the following: 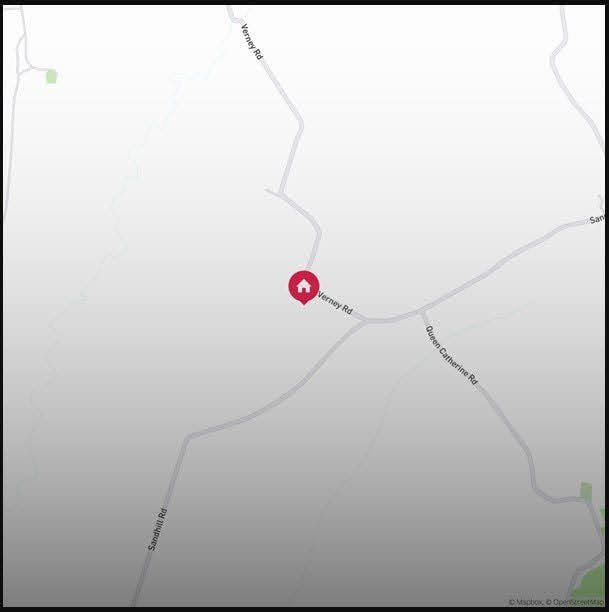 Using elementary analysis of the received map image, the researchers determined the exact postcode of the recipient. This postcode could then be supplied together with the parcel code to retrieve detailed delivery information, including PII information.

A successful attack would have been reliant on guessing an active, valid parcel code and would also have required manual steps to extrapolate the exact postcode and defeat the Captcha. However, given the valuable PII disclosed, DPD Group considered this attack to be serious, and they responded quickly to remediate it.

The second vulnerability covered in this week’s edition comes courtesy of a flaw in the admin API of the popular Apache Pulsar platform.

The admin API required a client to submit a topic and a ledger ID associated with the provided topic. The API implementation did check the client authorization, but unfortunately it did not check the authorization for the ledger ID. This could have allowed an attacker to provide a ledger ID for data on other tenants, for which they were not authorized.

This issue affects Apache Pulsar version 2.8.0 and prior versions. If you are using an affected version, do upgrade to a version with the fix as soon as possible

The third vulnerability this week is the vulnerability in the Casdoor single-sign-on platform. The vulnerability, tracked as CVE-2022-24124, was discovered by the security researcher @wuhan005, and it is detailed in a GitHub issue on the associated GitHub repository.

The researcher discovered that the endpoint /api/get-organizations was vulnerable to SQL injection by examining the underlying code:

This is an example of an API8:2019 — Injection vulnerability — in this case, an SQL injection attack that celebrates its 20th anniversary this year!

The US Department of Homeland Security has officially established the Cyber Safety Review Board (CSRB), with its first task to be a review of the Log4j vulnerability and responses to it.

The new organisation is tasked with reviewing cyber security incidents, establishing root causes and providing recommendations to improve security. This CSRB concept is comparable to the NTSB, which investigates civil aviation accidents in the US and issues safety recommendations aimed at preventing future disasters.

Reassuringly, “to the greatest extent possible, the CSRB will share a public version of the report with appropriate redactions for privacy and to preserve confidential information”. This is welcome. The CSRB, as originally described, did not have a clear requirement for public reports. These are necessary for the broader industry to learn lessons from the review.

There are some significant legislative differences between the operation of the CSRB and the NTSB. Firstly, the NTSB has the power to issue subpoenas and can compel cooperation. Secondly, NTSB reports cannot be used in civil court proceedings. It’s a carrot and stick approach that helps the NTSB get to the bottom of the incidents it investigates. The CSRB doesn’t have these powers and doesn’t offer similar protections to the entities it will investigate, but it has the implicit backing of the US government. It remains to be seen whether the culture of cooperation in NTSB investigations translates into the cyber realm.

Adam Shostack, a long-time advocate of an ‘NTSB for cyber’ and co-author of Learning from Cyber Incidents: Adapting Aviation Safety Models to Cybersecurity, told us the board is “potentially [a] huge step forward”.

On Log4J, Shostack thinks “the key questions are what happened and why, and in this incident, why was it so hard to address? I know a great many people who lost their Decembers to managing these issues”.

Given the CSRB cannot subpoena witnesses, Shostack thought focussing on federal agencies would be a good first step. He also thought that measuring how effective government standards such as the NIST Cybersecurity Framework were during the Log4J incident would be useful.

“Did those standards help with this? Did they enable those building or acquiring software to be ready? Distract from the things that would have set us up to deal with them?”

As an aside, some of this information already does see the light of day. Cisco CISO Brad Arkin summarised his testimony to a Senate Committee on the Log4J vulnerability in an excellent twitter thread.

I had the opportunity to testify yesterday to the Senate Committee on Homeland Security & Governmental Affairs about log4j. A 🧵 on the experience.