And just like that, plans by the IRS to use third-party identity verification ID.me have been pulled after a “firestorm of criticism.” (AP has a non-paywalled story.) The planned roll-out of ID.me on the IRS’ website was meant to take effect later this year, but critics say the service would amass a huge database of identity documents that could be targeted. Senate Finance chair Ron Wyden said bluntly that “no one should be forced to submit to facial recognition to access critical government services,” which seems entirely fair. After all, the tax-collection service is a taxpayer-funded service. Meanwhile, the Post notes just how problematic the ID.me service can be, after scammers found a way to trick the company into accepting fake face scans (see below, and yes, it’s a wig). ID.me also collects location data and uses Palantir’s software to process it. 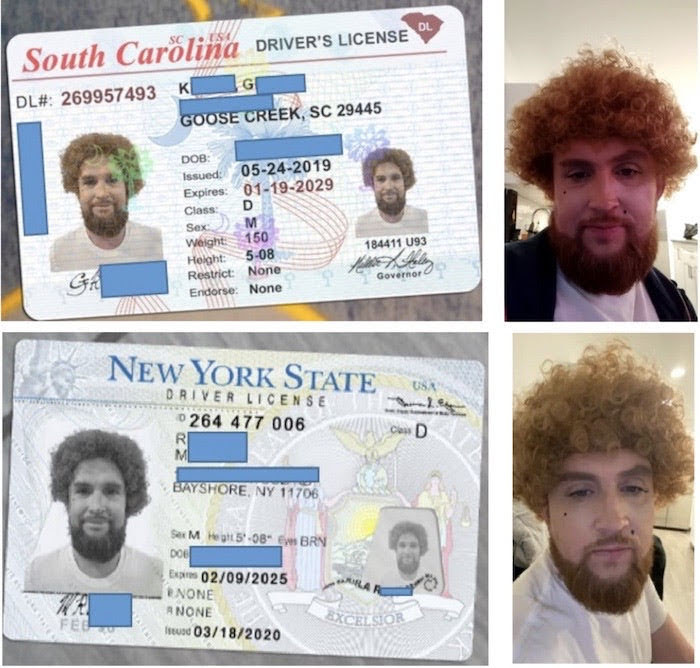 Macros are, and have been, a major thorn in the side of network defenders for a decade-plus. While these little bits of programmable code are helpful for automating tasks, they’re also great for planting malware, and these days are said to account for about 25% of all ransomware entry routes. Now, Microsoft said it will block internet macros by default in Office, making the macro attack route far more difficult. Microsoft is taking what @lilyhnewman calls a “diplomatic approach” by blocking macros in documents that have been downloaded from the internet, while allowing macros in spreadsheets and documents that have only been shared on an internal network and have never moved across the internet.

The U.S. government is still spying on Americans, according to two senators who went public this week. Sens. Wyden and Heinrich, who sit on the Senate Intelligence Committee, said the CIA is secretly collecting data on Americans, years after the NSA was caught out doing much of the same thing. We don’t know what the CIA is collecting or why. But, what’s important here is the authority that’s used, an executive order (EO) called 12333, which is the government’s catch-all authority for secret collection of data. It’s complicated, but read this thread from national security expert @lizagoitein for more. The CIA’s data collection apparently skirted accountability for years using this authority. It was only last month that the senators found out for themselves; apparently the program was “withheld even from” the senators on the Intelligence Committee, which oversees these programs! This will be a story to watch…

ZDNet: Some good news this week after the master decryption keys for three ransomware strains, Maze, Egregor, and Sekhmet, were published, allowing the creation of decryption tools. The keys were posted on a forum used by Bleeping Computer. It seems like the linked gangs, which are no longer active, are rattled by recent events — including U.S. threats to find ransomware actors and Russia’s unexpected arrests against REvil. Maze, if you recall, was one of the first gangs to publish stolen files, rather than just encrypt them.

LockBit 2.0: The Sequel No One Wanted

Developed by the same ransomware gang behind LockBit, LockBit 2.0 is the new and improved version of the infamous 2019 ransomware. Known for being evasive, ever-changing, and self-spreading, this piece of malicious software has not only extorted businesses through ransom notes but also turned employees into inside attackers. As you can expect, no one in the cybersecurity world is particularly pleased to hear about its return.

Understanding Ransomware as a Service (RaaS)

Everything is available as a service these days, so it’s no surprise that threat actors found a way to cash in on malicious software. For would be cybercriminals that don’t have the technical know-how to build their own malware, RaaS products are an easy way to launch ransomware attacks and extort money.

The LockBit 2.0 ransomware is the hardened form of the original LockBit ransomware. Although the ransomware group behind the attacks remains anonymous, the remotely loaded LockBit ransom note (which appears as the wallpaper on all affected systems) clearly shows this is the same team.

In the wake of the FBI Flash document expanding on LockBit’s IOCs, here is a quick technical guide on how your organization can find evidence of the LockBit. As an inside attack is a possibility, automated response to these IOCs can stop the malware from gaining initial access, pulling down your security software, and removing all backups.

In theory, installing at least one of these packages would offer protection.

Because the LockBit 2.0 attack runs through many stages, it will run a series of commands that can be clearly identified. Some of these will destroy valuable data like the security log (cmd.exe /c wevtutil cl security) or tell your systems to ignore boot failures (cmd.exe /c bcdedit /set {default} bootstatuspolicy ignoreallfailures).

Others, however, contain invalid syntax and error out. Although these commands aren’t directly damaging, they may serve as a last-minute warning before the ransomware runs wild on your network.

These files together give the user all the information they need to pay the ransom and communicate with the malware gang. Promising a decryption key, the now infamous wallpaper also offers would be cybercriminals a chance to become insider attackers and threatens permanent data loss if the victims don’t follow instructions.

And of course, the most notable aspect of LockBit is the file extension – .lockbit will be appended to all encrypted files. If you see that on your systems, get ready for the long journey to restoring backups.

How do I defend my network against LockBit 2.0?

When your network is dealing with an infected machine, you may already be too far down the infection chain to stop the ransomware from spreading. However, healthy cybersecurity practices always help teams to survive network disabling attacks instead of becoming victims. To avoid weaponized encryption, here are some best practices that will help you mitigate the risk:

A joint advisory issued by cybersecurity authorities in the UK, the US, and Australia that they have “observed an increase in sophisticated, high-impact ransomware incidents against critical infrastructure organizations globally.” The advisory includes technical details about the observed attacks as well as suggested mitigations.

DoJ Seizes $3.6B in Cryptocurrency

Two people have been arrested in New York; Ilya Lichtenstein and Heather Morgan allegedly conspired to launder $4.5 billion in cryptocurrency that was stolen in 2016. The US Department of Justice (DoJ) has so far managed to recover $3.6 billion worth of the cryptocurrency.

The US Securities and Exchange Commission (SEC) has proposed new rules that would require registered investment advisers, companies, and funds to report cybersecurity incidents to the SEC. The proposed rule would also require those entities to disclose cybersecurity risks and incidents to clients and prospective clients. The rule is open for public comment.

The Android Security Bulletin for February 2022 includes a fix for a critical flaw in Android 12. The vulnerability could be exploited to remotely gain elevated privileges with no user interaction.

On Tuesday, February 8, Microsoft released security updates to address dozens of vulnerabilities. The maximum severity rating for the flaws in “important.” Just one of the vulnerabilities was previously disclosed, and none are being actively exploited.