Hong Kong Exchanges and Clearing (HKEX) will launch a new settlement platform called Synapse in 2022 to help international investors settle mainland Chinese trades according to China’s settlement requirements. Synapse will standardise and streamline settlement workflows for international investors when they trade mainland shares listed in Shanghai or Shenzhen through the two stock connect schemes linking these markets with Hong Kong. The platform will allow fund managers, stockbrokers, global and local custodians to interact with each other on an electronic network, enabling them to reduce the number of hires and incur lower costs to settle trades. Currently, China requires all stock trading to be settled within the same day of the transaction (T+0). Internationally, settlements can be made two days after a transaction (T+2).

Job gains in Singapore’s financial sector may belie skills mismatch for tech roles. Singapore’s financial services sector has remained resilient against the economic toll of the COVID-19 pandemic, creating some 1,900 net jobs for Singaporeans in the first half of the year. But this trend may not be here to stay, as rising demand for tech roles in the industry continues to outstrip the ability to build up the relevant skills. A pilot employment outlook survey by MAS found that financial institutions in Singapore are planning to offer 1,800 newly created jobs from July 2020 to July 2021. Tech-related roles lead the hiring demand, accounting for 880 – or 49% – of the new jobs. Currently, local supply of talent for “advanced” tech roles such as enterprise architects and infrastructure architects remains limited. These roles require years of training and experience to “gain mastery” of the necessary skills. “Intermediate” tech jobs such as app developers and cybersecurity specialists are roles that Singaporeans with the relevant background can potentially be trained for.

The Monetary Authority of Singapore (MAS) has launched a new Green and Sustainability-Linked Loan Grant Scheme (GSLS) to promote responsible financing among corporates. Under the scheme, which will take effect from Jan 1 next year, MAS will defray up to S$100,000 of the expenses that companies incur to validate the green and sustainability credentials of a loan of at least S$20 million. The GSLS also encourages banks to develop green and sustainability-linked loan frameworks to make such financing more accessible to small- and medium-sized enterprises (SMEs). MAS will expand the scope of the existing Sustainable Bond Grant Scheme (SBGS) to include sustainability-linked bonds. OCBC has launched an SME Sustainable Finance Framework that allows SMEs to access up to S$20 million in funds to roll out their sustainability plans. UOB’s new Smart City Sustainable Finance Framework is targeted at companies contributing to the creation of smart cities.

Singapore Exchange-backed security token platform iSTOX has signed a strategic agreement with the Chongqing Monetary Authority, paving the way for the setting up of an iSTOX digital securities exchange in Chongqing. The memorandum of understanding, inked as part of the third China-Singapore Financial Summit, outlines steps towards the building of a Chongqing-Singapore financial hub which includes the exchange. iSTOX graduated from the Monetary Authority of Singapore’s fintech regulatory sandbox this February and is now a regulated provider of issuance, custody, and secondary trading of digitised securities. The proposed Chongqing-Singapore financial hub also includes a potential tie-up between iSTOX and two state-owned companies under the municipal government, namely Chongqing Development Investment Co Ltd, which invests in strategic infrastructure and development projects, and Chongqing Share Transfer Centre, formed to develop the city’s private capital market.

A third of Singaporeans facing difficulty in home loan repayments: poll. COVID-19 has put a strain on Singaporeans’ financial health, impacting their ability to pay their housing loans and dragging down their passive income, according to the latest OCBC Financial Wellness Index. The Index fell to 61 from 63 in 2019. 31 per cent of respondents had issues paying off their housing loans, with 9% indicating that they may be forced to sell off or downgrade. Singaporeans’ passive income was also negatively impacted by the weakening economy, mostly due to the poor performance of dividends, the main source of passive income. 49% of Millennials are concerned about money, compared with 37% for Gen X and 26% for baby boomers. Those in the age group, however, are driven to start investing earlier compared to their predecessors due to a desire to grow wealth fast.

The Monetary Authority of Singapore (MAS) will provide up to 25 billion yuan (S$5.1 billion) of funding to banks in Singapore, in an effort to deepen renminbi (RMB) liquidity and strengthen their ability to meet the growing RMB business needs of customers in Singapore and the region. Under this new initiative, RMB funding of up to three months will be channelled to primary dealers through MAS’ money market operations. These funds will enhance the dealers’ credit intermediation capabilities and the overall RMB market liquidity in Singapore. To support the development of the offshore RMB market in Singapore, MAS had previously established an overnight yuan liquidity facility as well as the MAS RMB Facility. MAS will now discontinue the overnight yuan liquidity facility, which currently provides up to five billion yuan in overnight funds. The MAS RMB Facility remains in operation.

Kuaishou has acquired Easylink Payment Co. Ltd, also known as Payeco, for about RMB 300 million (USD 45.6 million) in cash and an undisclosed amount of Kuaishou stock. After the deal, Kuaishou will control more than 50% in Payeco, which owns several online payment licenses. Kuaishou has applied for payment-related trademarks and is hiring employees for this business. It had more than 302 million daily active users by end of June and made RMB 25.3 billion (USD 3.81 billion) in revenue in the first half of this year, up 48% year-on-year. Nearly 70% of it came from the livestreaming business where an average of 64 million users were paying for virtual gifts each month in the first six months of this year. Kuaishou users bought goods worth RMB 109.6 billion (USD 16.56 billion) between January and June while watching short videos or livestreams.

Shortsellers target Ping An fintech unit after Ant IPO halt. While Ping An’s Lufax Holding Ltd, which offers wealth management and retail lending services, was able to complete its US IPO days before new Chinese rules scuppered Ant Group’s US$35 billion sale, the stock has given up early gains and is now a target for shortsellers. Renewed threats by US regulators to delist Chinese stocks also threaten Ping An’s plans to take more of its in-house startups public. Ant’s IPO suspension “fundamentally changed near-term investment appetite” for Chinese fintech stocks, with Lufax as “the community’s No 1 consensus short”, according to a Nov 5 report from Procensus, which polled 84 global investors managing US$15.3 trillion. China’s tightening grip on fintech firms and an antitrust crackdown complicate Ping An’s bid to lift its valuation closer to those garnered by tech giants like Alibaba Group Holding and Tencent Holdings. Ping An, which gets three-quarters of its revenue from insurance, trades at about 10 times 2019 earnings; Alibaba’s ratio is six times higher.

Do China tech giants pose a risk for European banks? China’s Ant Group may have been dealt a setback with the shelving of its initial public offering (IPO) but European banks remain wary that Chinese tech giants may soon be their main competitors. According to industry watchers, European banks are relatively protected and there remain cultural barriers. In Europe, payments based on QR codes are not very popular, unlike in China where consumers have widely adopted paying by flashing QR codes of vendors on their smartphones using Alipay or WeChat Pay due to its convenience. The fragmented nature of Europe with its different languages and cultures also makes it difficult for an outsider. However, experts note that it is the capacity of the Chinese companies to plough money into developing new technologies and acquiring customers – they each plan to invest about US$70 billion over the next five years – that could really change the game.

HSBC has launched its Global Money Account, a new real-time payments tool that will enable its 14 million international customers to transfer funds through a single account in 20 countries around the globe. The new platform allows users to send money from any HSBC account in real time and receive preferential FX rates. Customers can hold eight different HSBC currencies online, with instant conversion to other currencies. Currencies available at launch include: United States Dollar (USD), Euro (EUR), Sterling (GBP), Canadian Dollar (CAD), Australian Dollar (AUD), New Zealand Dollar (NZD), Hong Kong Dollar (HKD) and Singapore Dollar (SGD). The launch of HSBC Global Money Account follows HSBC’s earlier launch of domestic Real-Time Payments for its customers. In future, more features and currencies will be added to the HSBC Global Money Account, including allowing customers to sign up for an account in their home markets such as Singapore, the UAE, India, and the Channel Islands.

MUFG plans to launch blockchain payment network in 2021. Mitsubishi UFJ Financial Group (MUFG) is set to launch a high-speed blockchain payment network with U.S.-based tech firm Akamai in 2021. MUFG and Akamai aim to provide cheaper and more efficient payment services via their joint venture Global Open Network (GO-NET). The network will integrate payment terminals from electronic device manufacturer Seiko Holdings with the bank’s credit card company MUFG NICOS next February. GO-NET’s payment platform can process 100,000 transactions per second, which exceeds Visa’s processing capacity of about 70,000 per second. According to GO-NET, the platform can reach as high as 10 million transactions per second for small payments.

The Bangko Sentral ng Pilipinas’ (BSP) Monetary Board has officially approved the recognition ‘digital bank’ as a new bank category that is separate and distinct from the existing bank classifications. Digital bank defined as a bank that offers financial products and services that are processed end-to-end through a digital platform and/or electronic channels with no physical branches. Foreign individuals and non-bank corporations are allowed to hold up to 40% of a digital bank’s voting shares, while foreign banks are allowed to hold up to 100%.

RSK-based DeFi protocol Money on Chain announced to launch TEX, an automated token swap platform based on an order book with a unique twist on the concept of an innovative decentralized exchange concept inspired by gold markets. Read more at TEX, the decentralized token exchange by Money On Chain 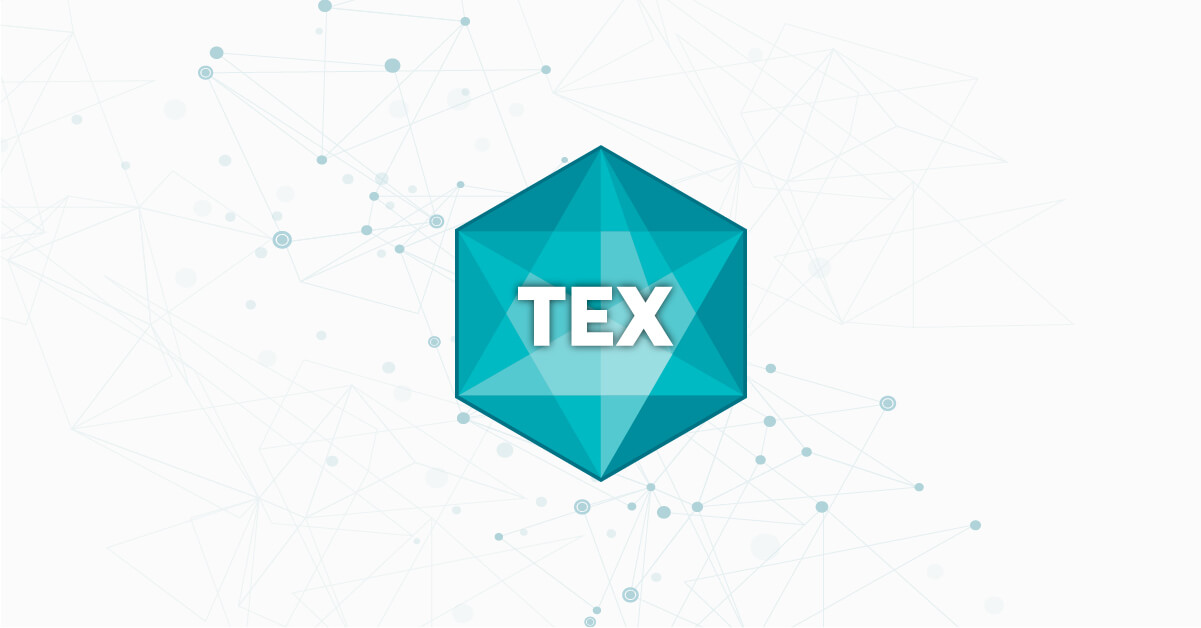 Mooniswap and 1inch announced their collaboration to launch the automated market maker (AMM) protocol on NEAR blockchain, a sharded smart contract platform. Read more at Mooniswap brings its next-generation AMM protocol by 1inch to NEAR 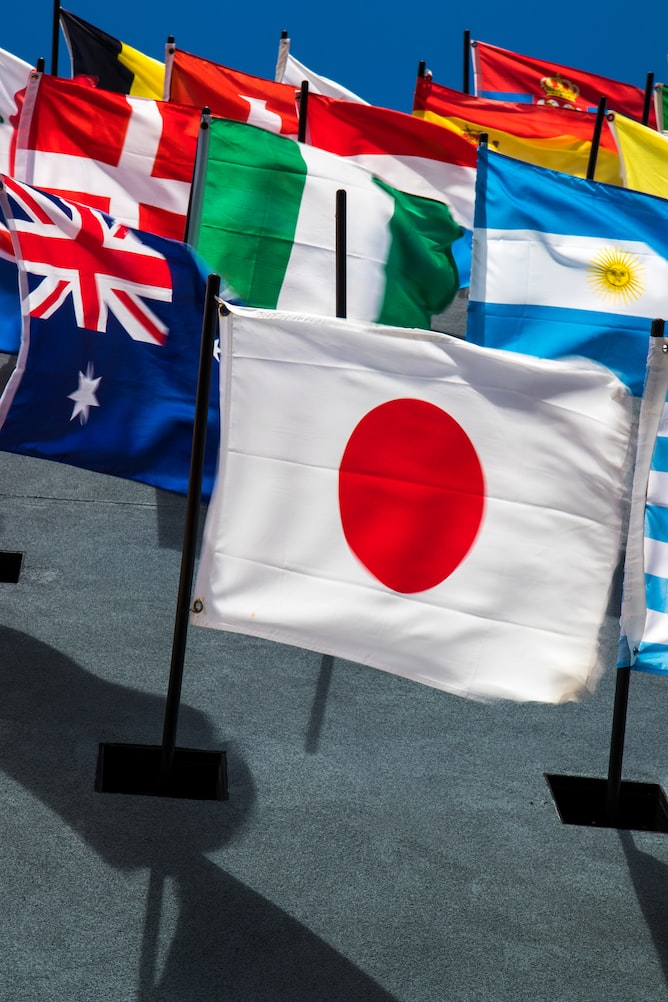 Ethereum 2.0 (Eth2) coming soon, introduce a number of changes to the current platform:

Western Union will stop operations in the Caribbean island of Cuba, according to the Cuban newspaper, both the US company and Fincimex agreed to anticipate the date of entry into force of the Trump administration sanctions for next November 27. This could boost adoption of Bitcoin and other cryptocurrencies for sending remittances purpose. Read more WesternUnion Blog > Cuba: A letter to our customers