Penetration tests are an integral part of compliance initiatives like PCI-DSS and SOC 2. However, with 56% of consumers still dissatisfied with results, the issue may be less the pen-testers, as much as the “on staff.” 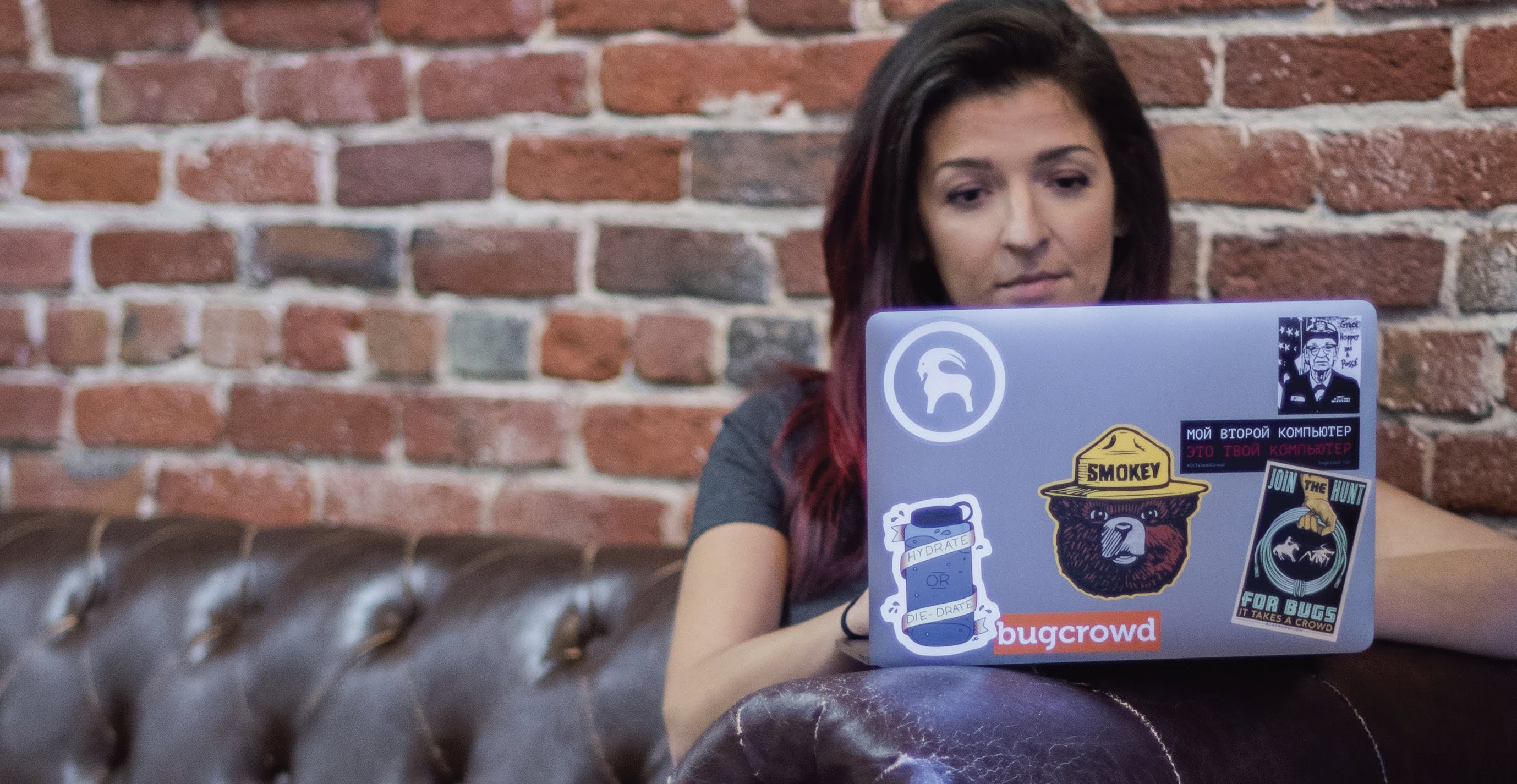 Check out this article for a look into the challenges, opportunities, and outcomes for the different testing models — and what you should consider before launching your next pen test.

Read on to learn:

Pentesting started in the ’90s as an adversary simulation. Its job wasn’t to find everything, it was to define the things a malicious attacker was most likely to do, and actually could do in a given system. As a result, the practice was absorbed by a variety of compliance initiatives aimed at assuring regulators, and other stakeholders that a given organization took seriously ever-evolving active threats in the wild.

In 2006 PCI-DSS mandated pen-testing and vulnerability scanning. In 2007 they published a special interest group paper that defined the relationship between the two as “a pentest is a vulnerability scan with manual confirmation of exploitability.” This created an explosion of scanner-assisted pen tests, which did increasingly less to surface new, complex threats, at increasingly high margins.

While the practical value of attack simulation itself hasn’t waned, many security leaders view the current model for resourcing and deploying pen tests to be a ‘necessary evil’. They know serious vulnerabilities are often missed during testing — but they also know that penetration testing addresses an established business need, like attainment of PCI-DSS, HIPAA, SOC 2, and other compliance initiatives.

Over the last 15 years, cybersecurity has inched closer to the boardroom table. In 2020, it finally has a seat. Where previously many executives viewed the function purely as a cost center, cybersecurity’s relatively recent ability to influence the financial decisions of customers, partners, and investors has greatly elevated its status amongst the C-suite.

What changed? High-profile breaches like those of Target, Equifax, and Marriott made security tangible to even the least tech-savvy consumer. And at the same time, increasingly large fines from regulators made it clear that simply achieving compliance with industry frameworks wasn’t enough to keep an organization safe from cyber attacks.

Pulling on that thread puts traditional penetration testing in the cross-hairs. Where previously these programs were considered essential for a strong security program, the current method for resourcing and deploying them has failed to keep up with the evolution of the modern attack surface. After all, how could 1-2 penetration testers accurately mimic the activity of the entire global cybercriminal community in just a couple of weeks?

In the past, many organizations used penetration testing primarily as a tool to achieve compliance.

However, as cybersecurity programs have evolved, they have become more risk-based. Most industry professionals understand compliance is just one of many key security objectives. They also know that satisfying a compliance framework, while essential, does little to ensure the security of the organization.

In 2020, there are six primary reasons why organizations continue to invest in penetration testing:

In November 2018, a Bugcrowd survey of 200 cybersecurity leaders1 found 56% were dissatisfied with their current penetration tests. Since then, the traditional penetration testing model has only become less effective as a tool for promoting security and managing cyber risk.

To be clear, there is a huge distinction between penetration testers — the experts who use their skills to identify security vulnerabilities — and the model through which they are deployed.

Due to poor results, high cost, and time delays, traditional penetration testing services are not cost-effective security control. Worse, because skill fit for a project is likely sub-optimal and testers aren’t incentivized to ‘go deep,’ it’s likely that genuine, high-risk vulnerabilities will be missed.

Given this, the traditional penetration testing model is simply ineffective for Cyber Risk Management.

Penetration Testing: What are the Options?

Despite the issues raised in the last section, many organizations still rely on traditional penetration testing services. The ‘traditional’ model consists of one or two testers working against a set methodology for a defined period, usually anywhere from three days to two weeks. This format is a mainstay of the security industry, and at this point, executives and business leaders are pre-sold on the need for it.

The crowdsourced security penetration test is a comparatively new method of testing. Crowdsourced options utilize a large pool of pay-per-project testers that work remotely. Often combined with an additionally incentivized ‘pay for results’ approach to billing, crowdsourced testing is becoming the go-to choice for security-conscious organizations.

While often not feasible for smaller organizations, some enterprises prefer to build and maintain in-house teams of security testers. This approach allows the organization to set its testing schedule and may reduce barriers in some areas, e.g., provision of credentials.

Some organizations use a combination of traditional, crowdsourced, and internal testing to meet the specific needs of each project.

The 2020 State of Penetration Testing

In March 2020, we surveyed 129 cybersecurity engineers, managers, and CISOs to find out how they conduct their penetration testing. All of our respondents influenced their organization’s security testing budget, methodology, and scope. Here’s what we learned:

Compliance is no longer the #1 reason for testing

Crowdsourced testing has jumped into second place at 25%, despite being around for a comparatively short time. 24% of organizations complete most of their testing internally, while 15% use a mixture of testing approaches.

Larger organizations are moving away from traditional penetration testing services.

While other options are catching up, traditional penetration testing is the most common testing method among small organizations with under 1,000 employees. For larger organizations — where increased budgets open up more options — things are less clear.

Larger organizations are moving away from traditional penetration testing services.

When it comes to results, crowdsourced testing is the clear winner. 76% of crowdsourced testers received at least 10 vulnerabilities per two-week test, compared to 57% of traditional penetration testing services.

The quality of results was also higher. Only a small fraction (13%) of crowdsourced testers received less than 5% high-value vulnerabilities, while traditional penetration testing services were twice as likely to deliver a poor result. Meanwhile, crowdsourced testing was 60% more likely than traditional penetration testing services to deliver a large proportion (26%+) of high-value vulnerabilities.

Internal testing programs performed extremely poorly on both the quality and quantity of results, despite their popularity with enterprises.

% Vulnerabilities that are high-value

Cost is comparable, but ROI isn’t

While the cost of maintaining an internal testing capability varies, there’s no question that it falls beyond what most organizations can afford. And, given its poor results, the ROI is questionable at best.

What can we learn from this?

What’s Next for Security Testing?

Crowdsourced testing approaches such as bug bounty programs have addressed many of the shortcomings of traditional penetration tests. By operating on a pay-for-findings model, these programs harness the power of the global hacking community to provide on-demand access to the expertise needed for each engagement.

However, bug bounty programs haven’t fully replaced the need for standardized testing. Compliance is still a crucial part of security, and most frameworks demand that testing follows a recognized methodology.

While many organizations share a need to achieve compliance milestones, not all have the same testing requirements or capacity. Some seek continuous coverage, to match increasingly rapid development cycles. Others need shorter testing windows throughout the year, as dictated by engineering workflows or budgetary and procurement cycles. Equally, an organization’s appetite for tester incentivization may be shaped by its bandwidth to process more vulnerabilities, as well as flexibility in maintaining an elastic pool of monetary rewards.

To address these varied needs, Bugcrowd has launched the next generation of penetration testing. One that taps into the diverse expertise of the global hacking community, while providing methodology-based coverage and essential compliance reporting. And vitally, one where the customer chooses the terms.

Harnessing the power of the global hacking community requires structure, process, and deep experience in human-to-human interaction. All Bugcrowd’s crowd-powered penetration tests utilize the Crowdcontrol™ platform which includes dedicated program management. This combination of technology-enabled expertise enables us to provide:

The End of an Era

Once the gold standard for cybersecurity, traditional penetration testing now falls far short of what’s needed by a modern organization. From cost to time, to quality of results, these services simply are not an effective tool for improving security outcomes or managing cyber risk. With the emergence of alternative methods, a compliance report alone no longer justifies the opportunity cost of a test that fails to deliver real results.

Penetration testing providers must evolve to provide both compliance assurance, as well as deep security insights. Modern, agile development lifecycles have highlighted the inability of traditional providers to adapt to this new world in a way that is both functional and cost-effective. A new model is required. By leveraging an elastic network of fully managed premium testing talent, Crowdsourced security platforms offer organizations a faster path to compliance without sacrificing the critical insights that help keep products and customers safe.

In 2020, crowdsourced security testing has already caught up with traditional penetration testing services in the enterprise market and is rapidly closing the gap with smaller organizations. In the coming years, this trend will only continue as more organizations recognize the shortcomings of traditional penetration testing services and begin to evaluate their options.