VMware’s Carbon Black division has published a report on the BatLoader malware, a new loader deployed via malspam campaigns over the past few months. The loader was first documented earlier this year by Mandiant. Read more: Zoom For You — SEO Poisoning to Distribute BATLOADER and Atera Agent

“Observed as early as July of 2022, this malware has already become commonplace as a threat against Carbon Black MDR customers. The following diagram illustrates its prevalence across different sectors, with business and financial services being prime targets. Since it was first observed by the VMware Carbon Black team there have been at least three waves of infection to date with more to be expected.” 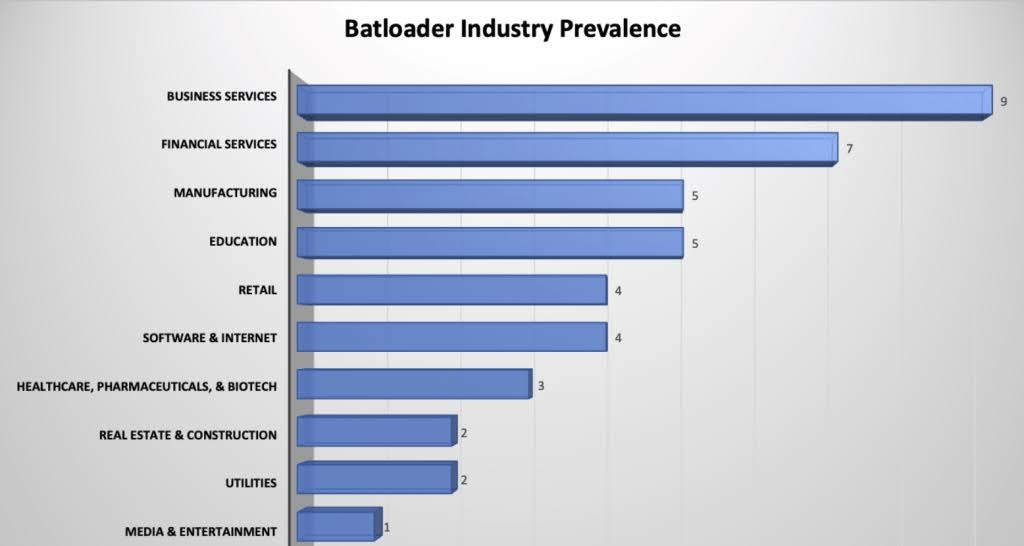 VMware witnessed a new malware loader, dubbed BatLoader, which has already compromised 43 systems in the last 90 days, across education, healthcare, IT, and retail sectors, among others. Read more: BATLOADER: The Evasive Downloader Malware

Overview: BatLoader is Being Used in Active Attacks

Analysts from VMware’s Carbon Black Managed Detection and Response are tracking a malware campaign involving the BatLoader downloader. The analysts have detected 43 successful infections over the past three months. BatLoader has the ability to figure out if it is on a personal computer or a business system. It is being used to drop an information stealer, a banking Trojan, and other malware. BatLoader was first reported by Mandiant in February 2022.