The cybersecurity landscape is constantly being threatened by either new attacks that are surfacing or known ones that are growing in scope and complexity.

One area that has gained significant headway in the cybersecurity world is Advanced Persistent Threats (APTs). No company is immune to APTs, and its ramifications in organizations can be extremely hazardous and, in some cases, fatal when it reaches the critical infrastructure. 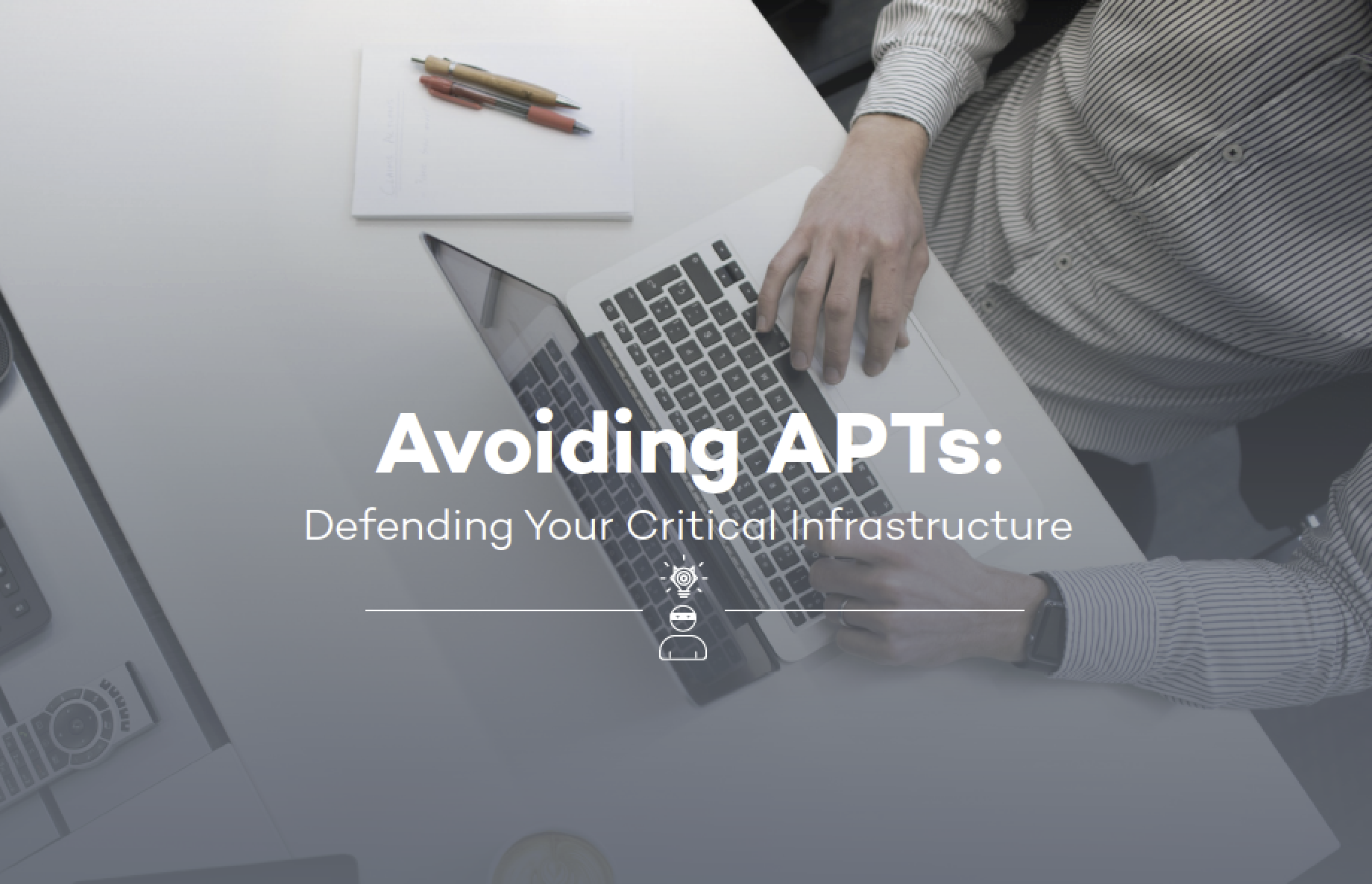 The good news is that we are constantly working to stay ahead of the latest threats, and we’ve created an informative article to teach you about APTs:

Today’s cybersecurity landscape is constantly evolving, with new attacks surfacing regularly, and known attacks growing in both scope and complexity. From ransomware to crypto-jacking and beyond, hackers are continuously finding access with new tactics. One area that has seen a lot of growth recently is Advanced Persistent Threats (APTs).

No company or industry is immune to APTs. This year alone, we’ve seen attacks carried out against city halls, aluminum producers, and even well-known companies like Amazon. All of these incidents have grave consequences for the victims, from reputational damage and interruptions in the production chain to hefty fines and the potential to paralyze the entire business.

Although every company is at risk of an APT attack, there is one sector where the stakes are particularly high: critical infrastructure. Whether it’s an electric company’s power grid, a country’s water supply, or a hospital’s energy systems, an attack on critical infrastructure can lead to more than a devastating data breach. It can lead to serious injury, or in extreme cases, death.

Luckily, APTs are not the only pieces of the cybersecurity puzzle that are becoming more sophisticated. Cybersecurity technology is constantly innovating to stay ahead of the latest threats, including APTs. Throughout this eBook, you’ll learn about APTs, the impacts they can have on critical infrastructure and ways you can proactively protect your organization.

Advanced Persistent Threats are as menacing as their name suggests. Simply put, APTs are the newest iteration of threats that have always existed in the world. Evolved to be extremely sophisticated, APTs are often threat actors that use commonly known vulnerabilities and exploits to breach an environment. In some cases, they may also employ highly guarded zero-day vulnerabilities to inflict catastrophic damage on their victims. Although APTs can vary in size and functionality, they usually have three things in common: they are often either financially or politically motivated, extremely selective, and unfortunately, perfectly capable of bypassing traditional security measures.

In cases where financially motivated APTs are leveraged against businesses, they are typically after the organization’s most precious asset: sensitive corporate information. Any data that is valuable and can be easily monetized is fair game for attackers looking to deploy APTs against a corporation. Examples include customer credit card data, employee passwords, and critical infrastructure. Politically motivated APTs can also have underlying financial goals but are more likely aimed at dismantling the systems of organizations or governments that hold ideological beliefs conflicting with those of the hackers.

APTs have become increasingly common in recent years. Notable examples include the Stuxnet Worm used to sabotage Iran’s nuclear program; Cozy Bear, the Russian APT linked to the 2016 attacks on the Democratic National Committee; and XENOTIME, an APT that recently carried out an attack on the critical infrastructure of an oil company in the Middle East.

APTs, like all other types of cybercrime, can affect all kinds of businesses, from governments to manufacturers to tech companies to global organizations.

A recent example of an APT attack on critical infrastructure is XENOTIME, an APT with alleged ties to Russia that rose to notoriety when it attacked the industrial control systems (ICS) of a Middle Eastern oil company. The attack was carried out via a piece of malware that interfered with the company’s safety instrument system. To this day, it remains one of the few pieces of malware that has managed to impact the physical process of an ICS.

XENOTIME did not fade into the distance after the oil company attack. It has since expanded its reach, attacking companies outside of the Middle East and compromising several ICS vendors in the process. Now, industrial cybersecurity researchers have confirmed that XENOTIME has started to probe the networks of electric utility companies in the United States and Asia-Pacific. This behavior is consistent with the first phase of the ICS Cyber Kill Chain and implies that the group may be preparing a long-term attack strategy.

The expansion of XENOTIME is concerning for more reasons than just the potential for a new attack in the future. APT attacks are complex, expensive, and resource-intensive for hacking groups. Therefore, they are also usually highly targeted with a specific victim in mind. The fact that these attacks have targeted oil companies in the Middle East, as well as electric companies in the United States, could mean that XENOTIME is a sign of a troubling new trend—APTs with much larger ranges that can inflict damage on a wide range of organizations spanning different industries and geographic regions.

How to Keep Your Network Protected

As XENOTIME and other APTs continue to show signs of advancing and scaling, organizations need to revisit their current cybersecurity strategies to make sure they can withstand a large-scale APT attack. Here are three things to consider when auditing the state of your organization and making sure you are protected.

Your Defense Against The Unknown

To fight APTs, you need to keep a constant pulse on your systems and the applications running on them. Panda Adaptive Defense 360 makes it easy to gain full insight into your network.

Panda Adaptive Defense 360 integrates Endpoint Protection and Endpoint Detection and Response (EDR) solutions with a unique 100% Classification Service, all delivered via a single lightweight agent. This combination of solutions and services provides highly detailed visibility into all endpoint activity, absolute control of running processes, and reduction of the attack surface.

As APTs continue to grow larger and more sophisticated, you will need a comprehensive security strategy that includes a robust cybersecurity solution to protect your business. Panda Adaptive Defense 360 provides the protection you need as these threats enter the mainstream.

Adaptive Defense 360 is based on four key principles: