Do you know a whale from a bear? A cold wallet from a decentralized wallet? If not, this article is for you. 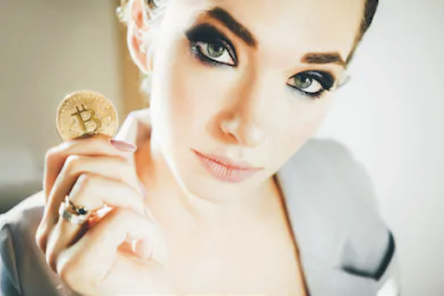 ADDRESS: A unique identifier used to send and receive cryptocurrency.

AIRDROP: Distributing cryptocurrency for free as a marketing strategy.

ALL-TIME HIGH (ATH) / ALL TIME LOW (ATL): The highest or lowest price a cryptocurrency has reached.

ARBITRAGE: Buying and selling the same asset on two exchanges to profit from small price differences.

BAGHOLDER: Someone who missed an opportunity to sell at a high price and now owns low-value cryptocurrency.

BEAR: Someone who is pessimistic about the market or coin value.

BITCOIN (BTC): A digital currency launched in 2009 that boomed the cryptocurrency market.

BLOCK: A group of transactions made in a blockchain.

BULL: Someone who is optimistic about the market or asset value.

BUY THE DIP (BTD): Buying cryptocurrency when the price has fallen.

COLD WALLET: A digital wallet that is not connected to the internet.

CRYPTOCURRENCY: A digital currency that uses cryptography to secure wallets; often decentralized, though not always.

CRYPTOGRAPHY: The method of using code to convert information and communications into an unreadable format.

DECENTRALIZED: No entity holds control over the network; anyone can join (see ‘node’) and blockchain records are stored in many locations.

ETHEREUM: A cryptocurrency and decentralized computing platform, launched in 2015.

EXCHANGE: A platform to buy, sell, and invest in cryptocurrency. Exchanges can be centralized (Coinbase) or decentralized (Unstoppable).

FEAR OR MISSING OUT (FOMO): When someone is concerned that they might miss a good buying or selling opportunity.

FEAR, UNCERTAINTY, AND DOUBT (FUD): Negative sentiment about the market, usually spread in the media.

FIAT: Currency that is government-issued legal tender, unlike cryptocurrency.

FORK: A change in how the blockchain operates that can be backward compatible (soft fork) or not (hard fork).

HASHING: Transforming chunks of data into unique text strings that are nearly impossible to decipher.

HODL: Slang term for “hold”, to keep cryptocurrency instead of selling it.

HOT WALLET: A digital wallet that is connected to the internet.

INITIAL COIN OFFERING (ICO): A method of raising funds for a new project in exchange for a token.

MEMORY POOL (MEMPOOL): Unconfirmed transactions, held until they’re picked up by a node on the network.

MINING POOL: Miners combining their mining rig power to increase the chances of closing the block and receiving the reward for it.

MOONING: When a cryptocurrency’s value is rapidly rising in a short period.

NODE: A computer that connects to the cryptocurrency network and becomes one of the network participants.

PEER-TO-PEER (P2P): When two entities/devices communicate directly without a third-party.

PRIVATE KEY: Secret identifier that proves ownership of a wallet.

PROOF OF STAKE (POS): Method used to process transactions, with miners having more control based on how much cryptocurrency they hold.

PUBLIC KEY: Generated by the private key and turned into an address; generally used to receive cryptocurrency.

SATOSHI NAKAMOTO: The pseudonym given to the person or persons who created bitcoin (their identity is unknown).

SATOSHIS: The smallest unit of Bitcoin; one Bitcoin equals 100,000,000 satoshis.

SHILLING: Spreading fake news to increase the price of a cryptocurrency.

SOFTWARE WALLET: A method of storing cryptocurrency keys within software files on your computer or mobile device.

TICKER: An abbreviation to identify a cryptocurrency (for example, “BTC” for Bitcoin).

TOKEN: Used interchangeably with “coin”. Technically, a subset of cryptocurrency that has its blockchain and represents an asset or utility.

TRANSACTION (TX): Movement of cryptocurrency from one address to another.

WHALE: Someone who owns lots of cryptocurrency.

WHITEPAPER: An authoritative document to explain a new cryptocurrency.